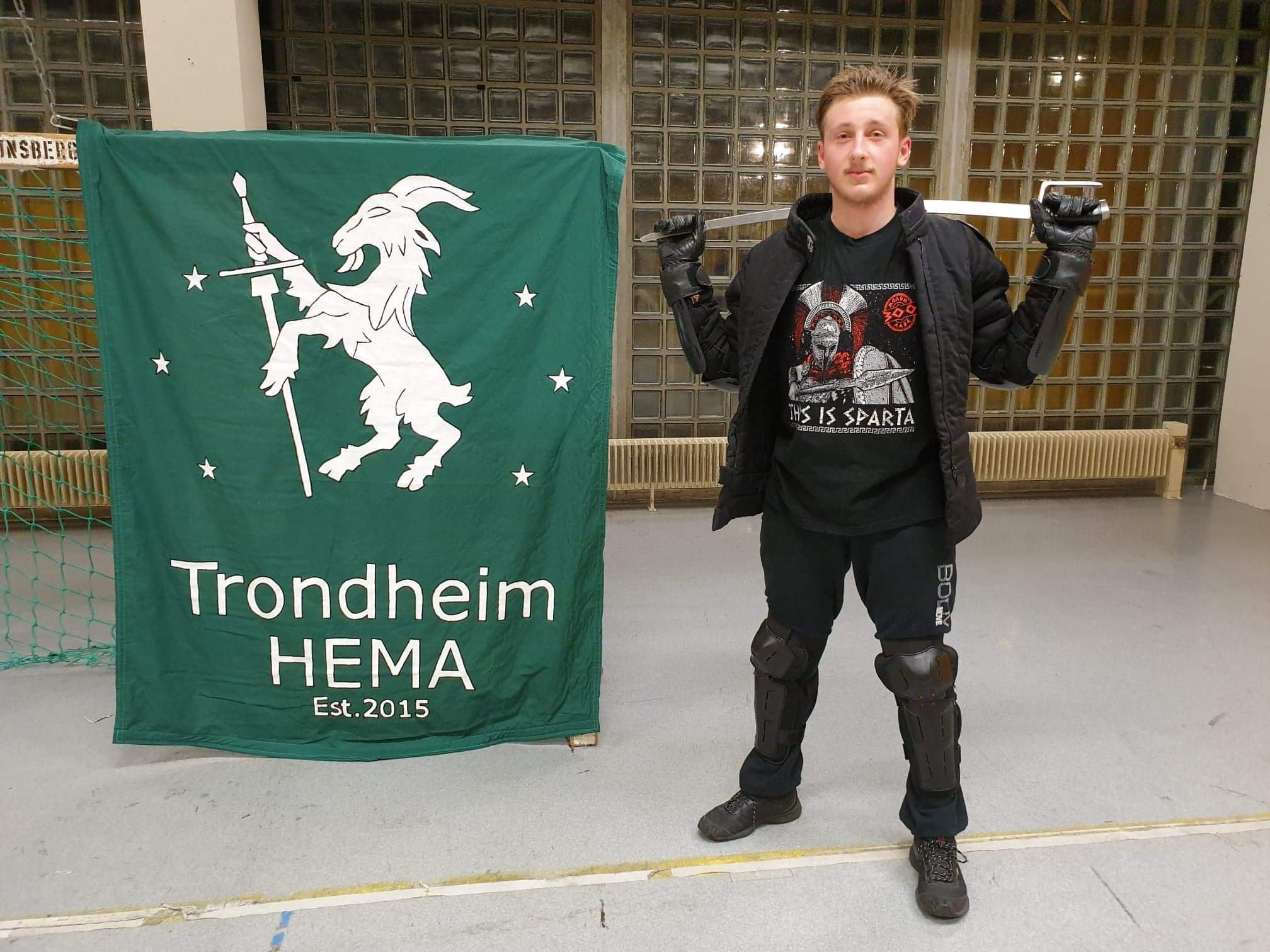 I grew up with books and movies about knights and the middle ages, both from historical and fantasy worlds. I wanted to find something that resembles them, however, most types of fencing just did not fit my criteria of fun, realistic, and tough. Finally, I found HEMA in the year 2017. For me, this sport fits every one of my criteria mentioned above. I grew especially fond of sabre-fencing, seeing as it felt more energetic and the strikes felt more high risk – high reward. Right now, I am working on becoming close to ambidextrous in fencing, even though that is a struggle for me. I actively partook in the role of instructor and assisting instructor in 2020 and was (later in the year) elected to be a board member and media responsible. My previous experience is 10 years of training Taekwondo, around three of which I have been an instructor. I am on my second year of master studies of pedagogics at NTNU as of now. 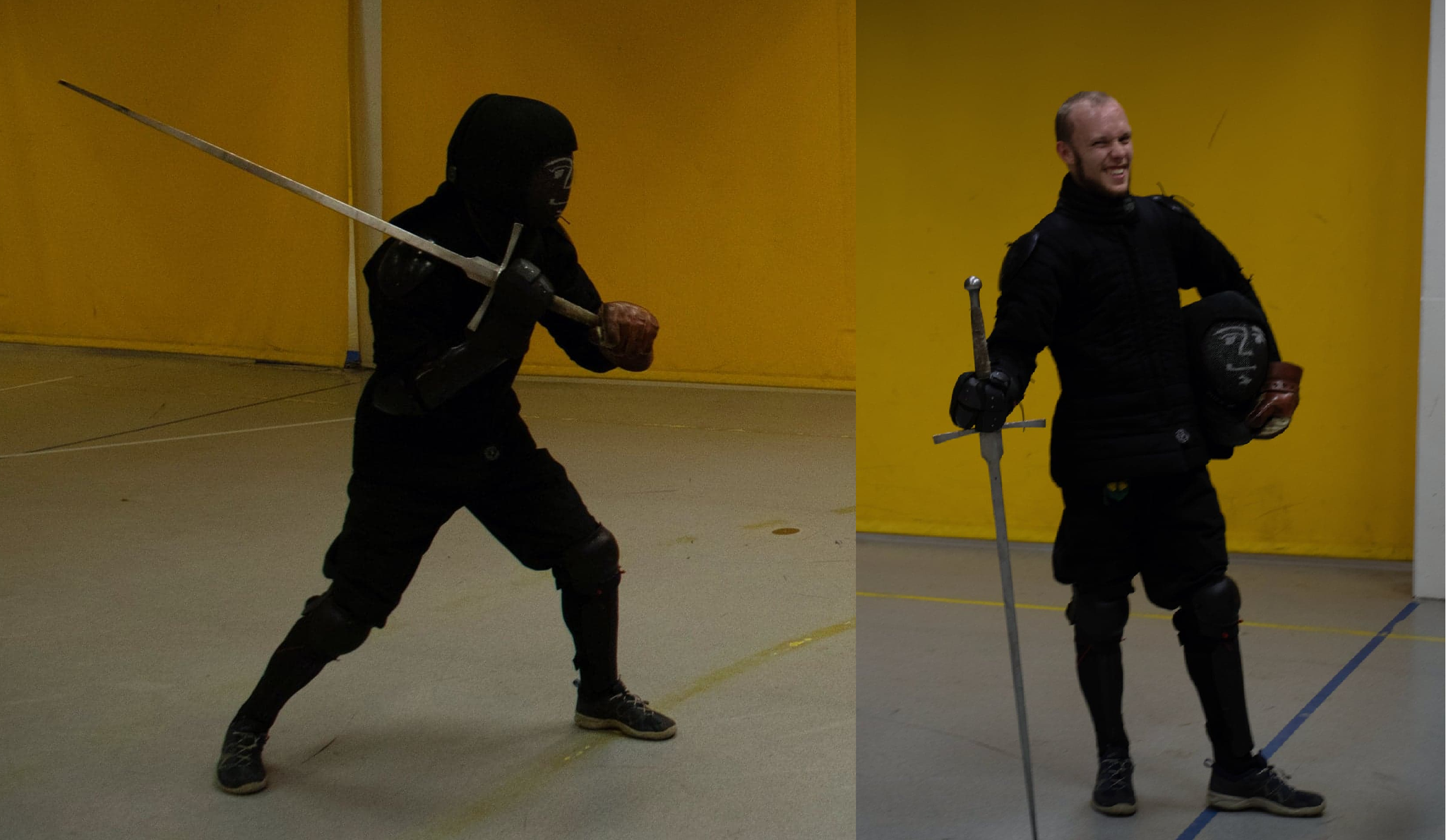 Didrik has been involved with most sword combat clubs in Trondheim for many years, as swords and fencing has been his life passion. Starting out with a stick and Kaptein sabeltann he joined Tordenskjold Fekteklubb in 2001 when it was founded but later moved on to other martial arts in his youth. Didrik started the historical fencing journey though the stage combat group Ladehirden in 2011 and joined the reenactment fighting group Bispeliden in 2012 where he still is remaining active as a instructor and as the current leader. When Trondheim HEMA was founded in 2014 Didrik was one of the first members to join and for the past years been a board member and one of the main instructors. With a philosophy of “More sword fighting is fun sword fighting” Didrik has explored as many fencing arts and weapon systems as he can, with a main focus of Longsword, sword and buckler and saber, he is still proficient with spears, polearms, axes, Viking weaponry, harness fighting, dagger, sword and shield you name it. As an instructor Didrik loves to instruct and introduce members in as many different weapons as he can, not only informing the students in technique, but thorough understanding of the martial principle and cultural contexts. Didrik is currently studying for a masters in Cultural heritage studies and work as a host at the army museum in Trondheim Rustkammeret. Recently Didrik has started doing private lessons, if interested please feel free to make contact.